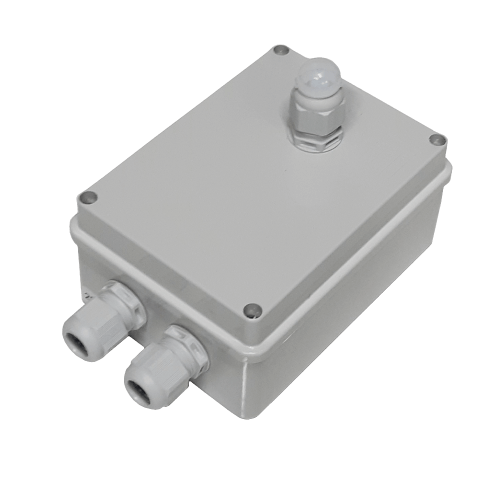 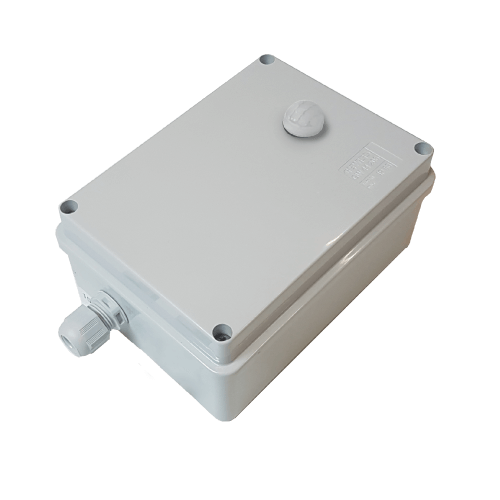 A high-level PIR sensor (up to 12m) and wireless node, housed in an IP56 enclosure. The system can communicate with, and control any other node-connected light in the wireless mesh network.

At Kellwood Lighting we have a wide selection of lighting to meet your requirements for your project. You can enquire about this specific product via the link on this page. Alternatively feel free to speak to one of our team on +44 (0)1387 255816.

What are PIR and Microwave SENSORS for?

A wireless PIR or microwave sensor allows you to include occupancy as part of the control solution. This is most beneficial for areas that are not occupied all the time. Energy and running costs can reduce by >>90%. Multi-step dimming can be included so that lights settle at a pre-defined level, e.g. 20%, then turn up to 100% when someone activates the sensor.

Lights can be controlled by more than one sensor. For example, multiple sensors positioned down an aisle in a warehouse could activate all the lights in the aisle. This ensures that all lights turn on, irrespective of which end you enter the aisle from.

Alternatively, sensors can control over-lapping groups of lights, effectively creating a "ripple" effect - lights dimming up and down as an occupant passes through an area.

The occupancy sensor only requires a 230VAC power supply. The enclosure includes a wireless node which allows it to communicate wirelessly with all other nodes in the control system.

Other parts that can be included in the wireless control system include: 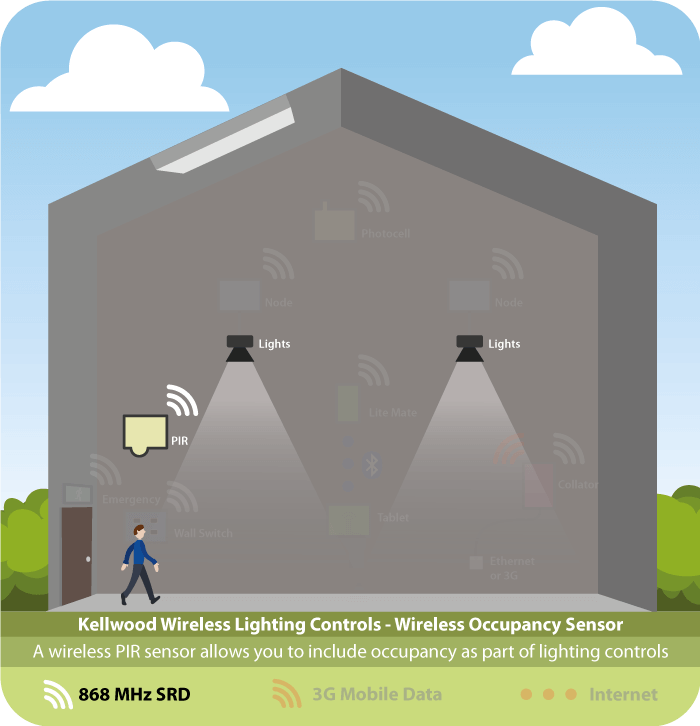 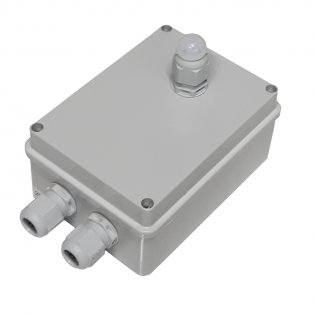 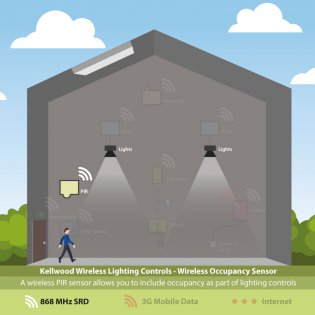 Our lights are used by